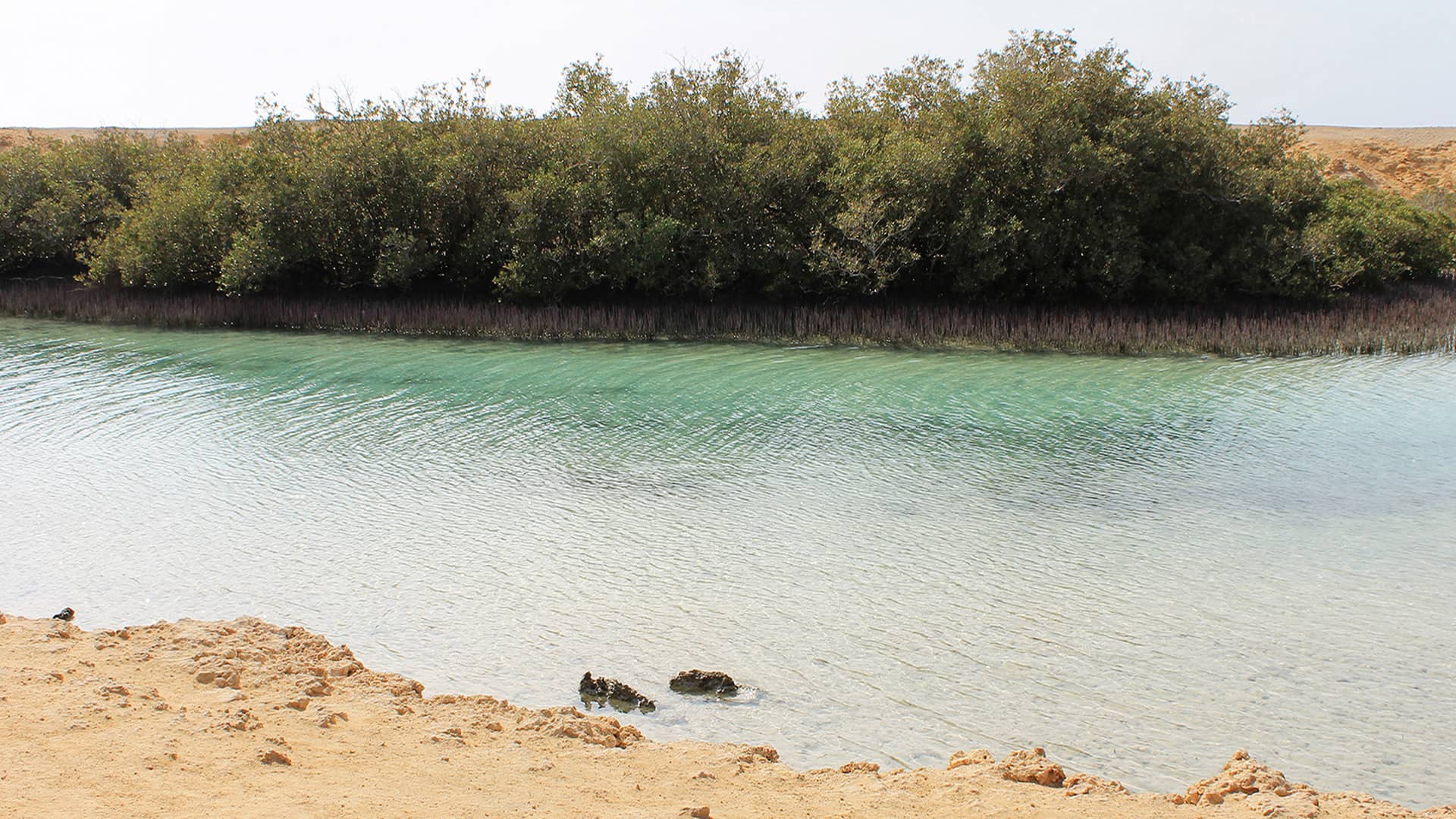 This project is funded by
the European Union

The LIFE RAMSES project searches to improve the quality of reclaimed water by applying new anaerobic purification techniques with plastic supports on the principal line of a Water Waste Treatment Plant (WWTP), reducing treatment costs and increasing the volume of irrigation water in agriculture.

The project will be carried out in a new scalable pilot plant of 300 m3 capacity to be constructed in the wastewater treatment plant (WTTP) of the municipality of Blanca (Murcia, Spain). Blanca’s WWTP is designed to treat 2 000 m3/day, serving a population of 8 570 inhabitants. The RAMSES has been based on the use of an anaerobic digestion with supported biomass growth as pre-treatment of the biological treatment of urban wastewater. The anaerobic digestion process has been based on a UASB reactor but with a specific design developed within the RAMSES project. It has been fed with organic waste collected from different industries in the area, mainly from canned food industries. This organic waste acts as co-substrate of the digestion process and is treated together with the water and incorporated into the co-substrate in order to form a nutrient-rich organic sludge, which can be used as fertilizer. This process also produces biogas that could be used in the digestion process, making the overall system more sustainable in term of energy. Specific activities include: • Parameterization of WWTP feed water characteristics and its annual variability. • Testing of different plastic supports for biomass growth. • Analysis of possible co-substrates in the anaerobic co-digestion process. • Prototype design, construction and commissioning. • Demonstrating and implementing actions in the facilities of Blanca WWTP. • Monitoring the environmental impacts of the Project. • Analysis of socioeconomic effects. • Communicate and disseminate the objectives, activities and project results. The overall aim of the project LIFE RAMSES is to demonstrate that a process consisting of an anaerobic digestion using supported biomass growth followed by a biological treatment is able to enhance the quality of the reclaimed water, thus making possible its reuse for irrigation and agricultural purposes. The objectives of the project are the following: - To improve the quality of treated water, thus increasing the amount of reclaimed water available for reuse and reducing the amount that it is discharged. It was expected that 90% of the organic matter and suspended solids of the wastewater are removed before the biological treatment. - To increase the value of organic waste coming from nearby industries so they can be reuse as co-substrate for co-digestion. - To reduce CO2 emission since the biogas produced by co-digestion is used to cover the energy demand of the WWTP. Once the co-digestion is properly optimised, it can even lead to a self-sufficient plant in terms of energy consumption - To reduce in 30 % the current volume of sludge produced in the biological treatment, and to increase the value of this sludge (actually consider a waste) enabling its reuse as fertiliser due to the high organic content that it has (it will content the organic matter removed) - To improve the stability of the process by means of using supported biomass growth. In this way, the supported biomass is highly specific, resulting in a process which is better prepared in front of inhibitor events that could bring the water to be treated - To decrease in 25 % the volume of the reactor in newly built facilities, as the amount of biomass involved in the process (for the same volume) is increased and highly specialised. Likewise, the capacity of existing reactors can be increased, which is very - useful in case the technology is implemented in existing WWTP, where space is a critical issue. - To transfer the acquired knowledge to stakeholders by means of specific education and dissemination strategies and platforms as well as recommendations to policy makers.

Once the project has finished it has been seeing all the environmental benefits achieved during the process: • The provision of an alternative water resource. • The reduction of environmental impacts by reducing or eliminating wastewater disposal, which results in the preservation of water quality downstream. • The waste elimination and its turning into co-substrates, permits to go ahead in terms of wastes, where the non-production or elimination prevail over the reusing, recycling or rejecting. • Removal of industrial waste from the management cycle, using it as co-substrate in co-digestion process. The biodegradable waste generated by industries nearby WWTP is currently managed directly to landfills, causing problems as generation of lixiviates, emission of gases such as CO2, methane and other volatile organic compounds as well as the negative impact on landscape, development of odours and proliferation of insects that harm the ecosystem. Another alternative for the management of these wastes is based on incineration processes involving socio-economic problems and emissions of toxic gases such as nitrogen oxides, sulphur and other compounds (greenhouse gases). The Blanca WWTP is surrounded by canned food industries but there are other many types of industries that generate organic waste susceptible of being used as co-substrate. • Reduction of WWTP energy consumption using the biogas generated in the process approximately 50% of current energy consumption). In Spain currently, wastewater treatment is associated with an annual electricity consumption of 2,200 GWh/year and CO2 emissions to the atmosphere around 6,013,000 tons/year. Extrapolating these values to the European Union result in 10,000 GWh/year and about 27,200,000 CO2tons/year, aggravating the problem of global warming. • Generation of organic sludge usable as fertilizer (Proposal for a directive of April the 30th April 2003 on the application of sewage sludge). WWTP in Spain annually generates about 67,000 tons of dry matter. In the European Union most of this waste is sent to landfills or either it is incinerated. The proposed technology will obtain nutrient-rich sludge coming from the organic fraction of the substrate and the wastewater without pathogens.

With the application of this technology within WWTP, it has been possible to attain the following socioeconomic benefits: • By reducing the cost of waste water treatment EU citizens can benefit from paying less for the cost of m3 of treated water. • Obtaining reused water at a lower cost will benefit farmers, industries, municipalities and other administrations that use these waters for different purposes at a lower cost compared to the current situation. • Strengthening the agricultural sector, which is currently suffering from a severe water shortage in the Mediterranean area of the European Union in which agricultural crops are economically depleted by the lack of water. • Obtaining a sludge which is proper for land application will halt desertification and recover damaged soils. • Increase of the hired staff for the execution and design of the proposed facilities for the project and its extrapolation to other parts of the EU which will stimulate the labour market related to WWTP where technology would be implemented within EU. • Economic promotion of different industrial sectors which will notice a substantial reduction in their costs related to waste treatment as they will be recovered as a by-product in WWTP, diminishing the costs previously paid as waste management. • Minimizing the impact of waste generated by WWTP as a result of reducing its production in a percentage of 90% and due to the fact that they do not have to be treated in landfills or incineration plants. • The technology developed in this project can be applied in 80% of the WWTP located in the European Union (there are 3,500 plants with similar flow to that chosen for the demonstrator, and the technology is suitable for all of them, particularly those showing hydric stress or hydric resources lack).

RAMSES is a project that has unified innovation with a strong demonstrative character and synergy generation with its fundamental objective including design, development, implementation and integration of a new process in the principal line of the WWTP It has been very important to involve all relevant stakeholders in the project. In particular, the close collaboration with the responsible engineering team in the implementation of the project has been essential so as to achieve any improvements from the contractor.

Types of knowledge produced from this case study.

Beneficiaries of this case study.

Which EU policy requirements and EU Directives were aimed at being addressed by the project or which national and/or regional policy challenges and/or requirements aimed to be addressed?

Components related with this case study.

Types of consortium members involved in this case study.